The history of Alginate chemistry

Algae are one of the worlds oldest lifeforms, being present in the pre Cambrian era (Engel, 1961). Although the so called higher plants developed stems, leaves and a root system once the marine algae had utilised light in photosynthesis their development seems to have come to a halt. Consequently the marine algae we see today have remained essentially unchanged for millions of years. 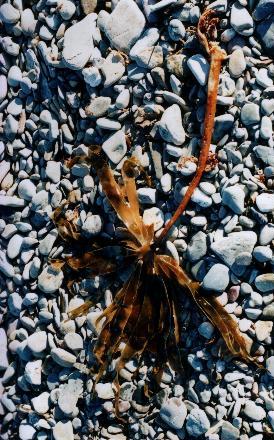 These algae are classified into four main groups:

The Rhodopyceae and Phaeophyceae are of most interest commercially because of their polysaccharide content. Various types of Rhodophyceae are commercially important for the extraction of carrageenan and agar. There are many types of Phyophyceae, they are found in such diverse environments as the cold waters of the arctic to the warm , still waters of the Sargasso sea and they all contain the polysaccharide alginate, which makes many of them of commercial interest. Marine algae or seaweed have been recognised as a food stuff since the earliest times (Chapman, 1970) and today Phyophyceae is still used in its untreated state as a food stuff, as cattle fodder and as a fertiliser.

The world market for alginates, excluding China, was over 22,000 tonnes per annum and worth almost US$45M in 1990. The technology of alginate production was controlled by a small number of western companies, the major player being Kelco, Protan & Fagertun and Mero_Rousselot-Satia (Paul, 1986), however this has changed dramatically over the last 15-20 years.

Download the full article "The History of Alginate Chemistry" in pdf form from here.

The history of Alginate chemistry - Production ›